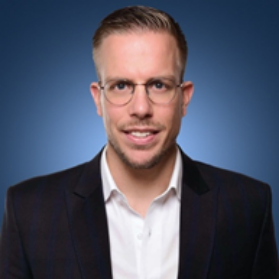 Back in 2010, I started my PageGroup journey in Hamburg, Germany, as a recruitment consultant, like most of us do at Page. Two years later, I was promoted to Manager and moved to our Frankfurt office. During my three years there, I led recruitment teams in Financial Services and Sales & Marketing. My first international move came in 2015 when I headed to Johannesburg in South Africa. I’ve been grateful for the opportunities to grow my career in such a dynamic setting.

This international move was an opportunity for me to experience life in a completely different setting. During my internal application process, I was not set on South Africa, and I had actually applied for positions in a few more countries. In the end, the South African opportunity was the biggest and most exciting adventure for me at that time, and I spent five absolutely thrilling and wonderful years there.

So, after several years there, leading various teams in multiple disciplines as an Operating Director, I decided to take an opportunity back in my ‘home base’ in Hamburg early 2020 – just a few months before the beginning of the pandemic. So why move back, when it was so great in Johannesburg you might ask? Well my wife who I had met in South Africa became pregnant and we decided to raise our child closer to my parents as they’d be able to support us and be there for us more easily. At the same time, I had been hearing about the outstanding performance of the German business while in Africa and I just wanted to be part of that success story. So now, as a Senior Director, I look after our Michael Page Interim operations in Hamburg.

An international move, such as mine to South Africa means that you have to get to grips with a new culture, a new language etc. I had to adapt quickly to a completely new set up. The large corporates operating in Africa are at least on the same level as companies in Germany, but the way you do business there is much more relationship-driven than it is price or quality driven. Having now experienced both the German corporate world as well as the African one, I am able to marry the German, detail-driven and efficient part of my DNA with the African, relationship-based and pragmatic part of my DNA.

It’s really been a great ride so far and the moves went very smoothly and with a lot of high-end support from the top leadership in Dubai, South Africa and Germany as well as our Global Mobility Team and the relevant service providers. It’s truly been life-changing!

This website has app functionality. Add it to your home screen for fast access and offline features.